Texas is nicknamed the Lone Star State to signify its former status as an independent republic, and as a reminder of the state’s struggle for independence from Mexico.

Texas is a large state in the southern U.S. with deserts, pine forest and the Rio Grande, a river that forms its border with Mexico. In its biggest city, Houston, the Museum of Fine Arts houses works by well-known Impressionist and Renaissance painters, while Space Center Houston offers interactive displays engineered by NASA. Austin, the capital, is known for its eclectic music scene and LBJ Presidential Library.
There are three major things that make Texas as big and important as it is: Oil, Crops and Alamo.

Austin is the state capital of Texas and home of the University of Texas campus.
It is also known for its eclectic live-music scene centered around country, blues and rock. 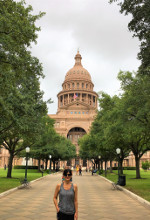 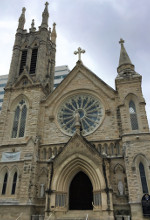 It is also known for a great night life on the 6th street..

Texas’ total area is twice the size of Germany.
Texas has enough crude oil reserves to fill up almost 1459 Empire State Buildings.
Texas is the only state to enter the United States by treaty instead of territorial annexation.

The Alamo is located in San Antonio. It is where Texas defenders fell to Mexican General Santa Anna and the phrase Remember the Alamo originated. The Alamo is considered the cradle of Texas liberty and the state's most popular historic site

San Antonio's most popular attraction! Walk, dine, and enjoy our world-famous urban waterway. The river has been a lifeline for many generations. San Antonio Riverwalk images.

A few images from La Villita!

Texas comes from the Hasinai Indian word tejas meaning friends or allies.The first word spoken from the moon on July 20, 1969 was Houston.