The Pearl of Adriatic: Dubrovnik, Croatia

Costa Rica, a travel destination perfect for everyone..

The Island-hotel of Saint Stephen, Montenegro

The Colosseum in Rome, Italy

are traveling everywhere we can.

Welcome to my travel library

Watching different travel channels, I simply admire people whose living is based on travel whether for business or adventures. But is there ever an end that satisfies all travel needs? Traveling long enough helps us discover that there are a lot of boring and uninspiring cities around the world. The goal is to recognize ones making a memorable impression on us and keep calling to be revisited again and again. They have their own beauty and charms where we can feel cozy and safe. With that in mind here are just a few places that should be visited at least once in our lifetime.

Croatia is a small yet highly geographically diverse crescent-shaped country. The present republic is composed of the historically Croatian regions of Croatia-Slavonia (located in the upper arm of the country), Istria (centred on the northern Adriatic coast), and Dalmatia (corresponding to the coastal strip). If you dream about nice holiday, Croatia is a good choice - a land made for holidays!

The best of U.S.A

Every state is different and unique in its own way. Choose what you like, whether it's: culture, lifestyle, history, big cities, small typical cities, east or west, snow or beach etc...there are several places that cannot be pictured nor described.

All you need is a few vacation weeks, a flexible job, a desire to travel to new places and a carry on bag...and hit the road!

Mexico is the second-largest economy in Latin America with a growing middle class. Unfortunately, the drug war that has left a lot of people dead is no doubt a tragedy, but there is a lot of positive developments and historical context that often get left out of media coverage. To me, Mexican destinations are just some of the best places in the world as well as safe as any other of the world's most developed countries. 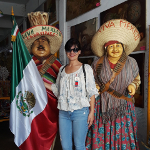 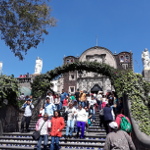 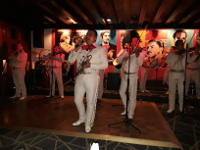 If you are looking for places rich with history, pride, culture, rare fauna, ecosystems, beaches, tourism, bull fighting, Christianity, weddings, retiring, mixture of a number of ancient civilizations and others, then Mexico is definitely the right place to go.

Europe at a glance! 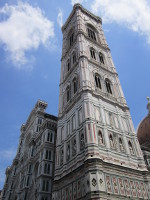 There are so many European destinations to be visited. Each of them is as unique as it can be, taking you to grand lands where history comes alive before your eyes: Paris, Amsterdam, London, Madrid, Barcelona, Venice, Florence, Rome, Vienna and many others.

Several Eastern European countries and cities are becoming a big attraction these days: Budapest, Prague, Moscow, Warsaw and the list goes on and on...

Not to mention Greece, Italy, Spain, France and all the other countries along the Mediterranean sea with famous touristic destinations.

I believe these days they are mostly divided by hill towns and coastal cities, but either way they all are just remarkable and well worth visiting.

The wonders of South and Central America 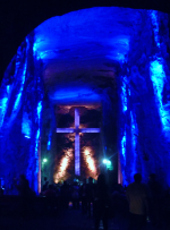 Waking up in the beautiful and vibrant city of Rio de Janeiro or enjoying panoramic views of Iguazu's 275 falls is everyone's dream.
In Buenos Aires we felt a "little Italy" everywhere around us - Italians speaking Spanish. The friendly Palermo is the most popular neighborhood and the Tango shows just take your breath away.
Chile is probably not as attractive as Argentina and Brazil, but it was a really nice experience to visit Valparaiso, Santiago and Vina del Mar.
A special attraction is the Catedral de sal near Bogota, Colombia. 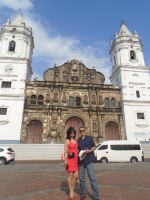 Panama City, the capital of Panama, is a modern city framed by the Pacific Ocean and man-made Panama Canal. Additionally, a special attraction is Casco Viejo, its historic center. Visiting the center is an amazing experience and a feeling of Central American life. There are several restaurants, cafes and bars...

Sydney is the state capital of New South Wales and the most populous city in Australia and Oceania. Located on Australia's east coast, the metropolis surrounds the world's largest natural harbour and sprawls about 70 km on its periphery towards the Blue Mountains to the west.

Many people asked me "why Houston" among other cities in United States. It is USA's fourth biggest city, right after New York, Los Angeles and Chicago

♣ No.1 city for job creation in the US by a lot

♣ Has the most Fortune 500 company headquarters right after New York

♣ It hosts the world's largest concentration of healthcare organizations, with scientists working hard to beat cancer.

♣ A paycheck goes farther in Houston than any other major metropolitan area. 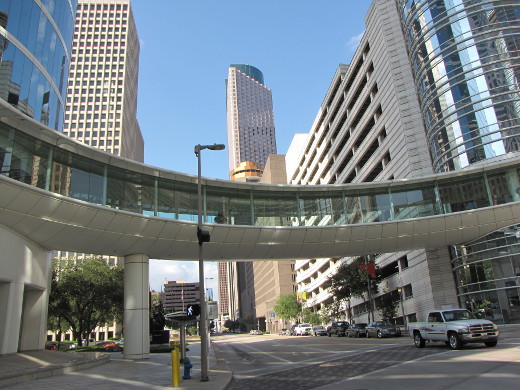 ♣ Houston is the fourth most populous city in the nation

♣ Houston is 43 feet above sea level

♣ If Houston were an independent nation, it would rank as the world's 30th largest economy

♣ Houstonians eat out more than residents of any other city

♣ More than 90 languages are spoken throughout the Houston area.

♣ 92 countries have consular offices in Houston, the third highest in the nation

Also, based on the Population Growth stats, Houston is ranked high at the top:

Some of Houston Sport events

In addition to being the home of the Houston Texans and the Houston Livestock Show and Rodeo, NRG Stadium has played host to a number of major sporting events, including this soccer game.

As two of the top clubs in the English Premier League, Manchester United F.C. and Manchester City F.C. have a long and storied rivalry which dates all the way back to 1881. Sharing the same hometown, the aptly named Manchester Derby has taken place 173 times between the two clubs who boast a combined 24 English Premier League titles, including seven of the previous ten. This match will represent the first Manchester Derby played outside of the United Kingdom in the rivalry's 136-year history. 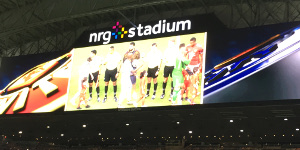 The Houston Astros are an American professional baseball team based in Houston, Texas. The Astros compete in Major League Baseball (MLB) as a member club of the American League (AL) West division, having moved to the division in 2013 after spending their first 51 seasons in the National League (NL). The Astros have played their home games at Minute Maid Park since 2000.

The Astros were established as the Houston Colt .45s and entered the National League as an expansion team in 1962 along with the New York Mets. The current name reflecting Houston's role as the control center of the U.S. space program, was adopted three years later, when they moved into the Astrodome, the first domed sports stadium.