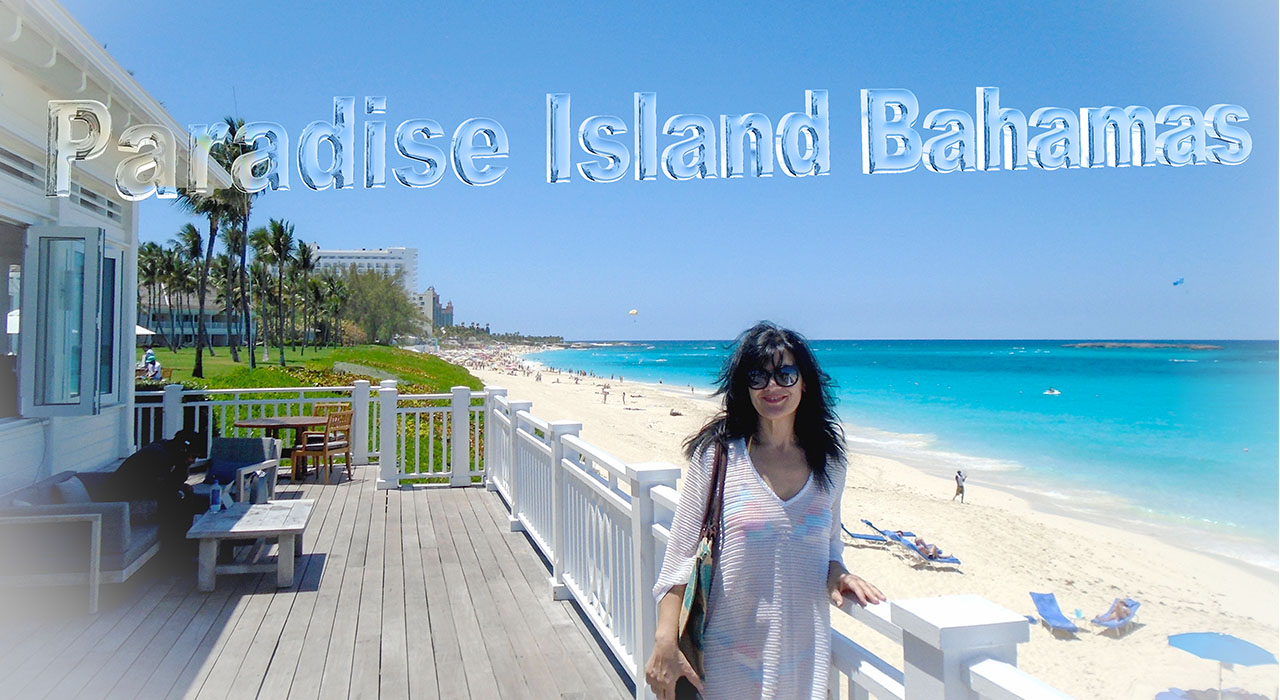 The famous Paradise Island of the Bahamas was originally called Hog Island. The island is located just off the shore of the city of Nassau, which is itself located on the northern edge of the island of New Providence. It is best known for the sprawling resort Atlantis with its extensive water park rides, pools, beach, restaurants, walk-in aquarium and casinos.

Two bridges connect to the city of Nassau, over Nassau Harbor.

Atlantis Paradise Island is an ocean-themed resort on Paradise Island in the Bahamas. It features a variety of accommodations built around Aquaventure, a 154-acre waterscape, which includes fresh and saltwater lagoons, pools, marine habitats, and water slides and river rides. 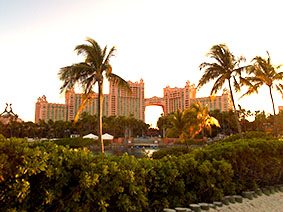 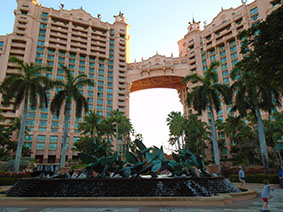 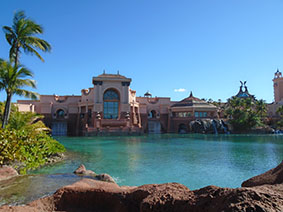 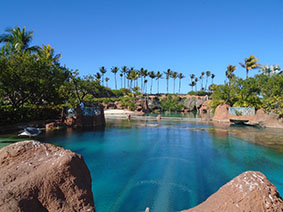 The Ocean Club, a Four Seasons Resort, Bahamas has been perfecting the art of romantic accommodations since 1962. With a premier location on the north side of Paradise Island, the Resort offers a wide variety of services, activities and amenities - many complimentary - and designed with couples in mind as well as family vacations.

It is really the paradise, so enjoy a few of images captured during a short stay with laid-back Bahamian style!

Simply summer! Simple ways to savor every ounce of sunshine! 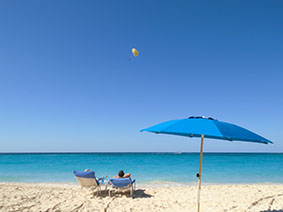 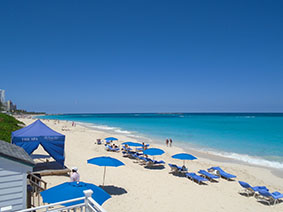 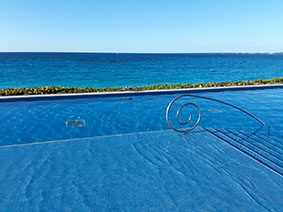 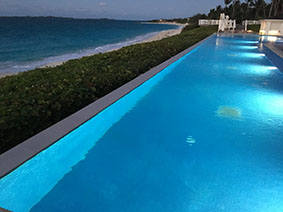 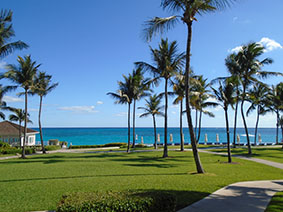 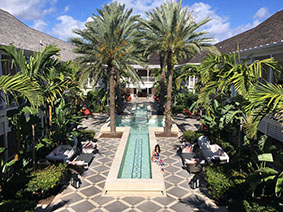 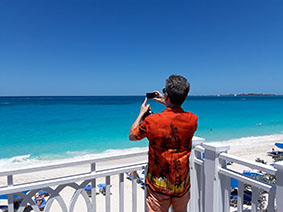 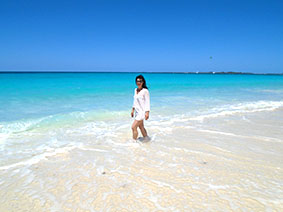 The Versailles Gardens and the Cloister on Paradise Island comprise a spectacularly lush multi-terraced landscape set in a rectangular design which is about 75 feet wide. The gardens extend approximately a quarter of a mile from the Ocean Club to the southern edge of the island, overlooking the waters of Nassau Harbor.

Throughout the length of Versailles a stone path covered in Bermuda grass connects the terraces and demarcates Versailles into two mirrored halves. Hand-laid rock ridges extend to the east and to the west of this path. These ridges are composed of reddish-tan flint rock and grey sandstone, which over time has acquired a rusty grey facade. These ridges provide the basis on which richly colored purple Bougainvillea stand, evenly trimmed in a box-cut hedge design. 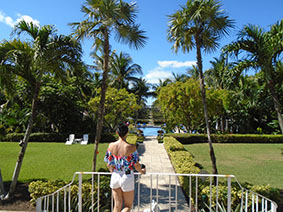 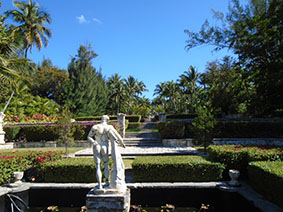 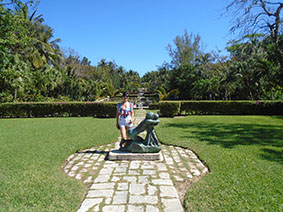 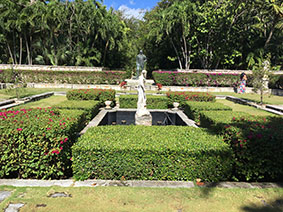 This 12th century cloister was originally built by Augustinian monks in Montréjeau; a commune in southwestern France. It was then reassembled here in the Bahamas stone by stone. 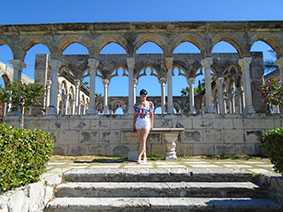 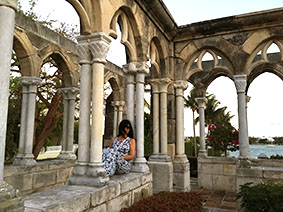 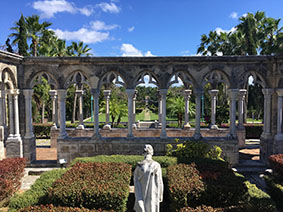 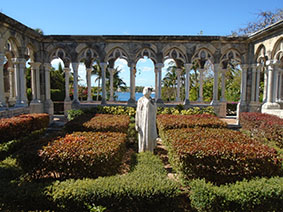 The reassembly of the complicated monument baffled everyone, and defied conventional methods of construction, until artist and sculptor Jean Castre-Manne set about doing it piece by piece. It took him 2 years to reassemble it, and what we see today presumably bears some similarity to the original. 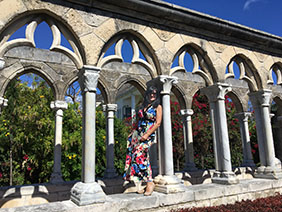 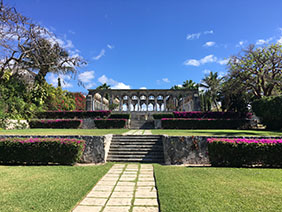 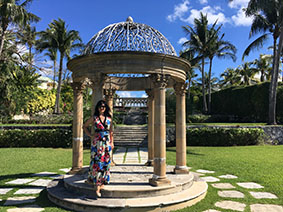 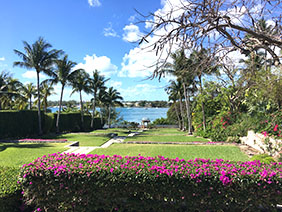 This cloister is one of only 4 on Earth that have ever been removed from France. A cloister (from Latin, “enclosure”) is a covered walkway or open gallery, running along the walls of buildings and forming a quadrangle.