The history of Amalfi Coast goes back to the Greek time, but with no doubts it was a holiday location for rich ancient Roman families.

It lies in the ravine of the Mulini Valley, along the Gulf of Salerno, southeast of Naples. Although it was known in the 4th century, Amalfi was of little importance until the mid 6th century under the Byzantines. As one of the first Italian maritime republics in the 9th century, it rivaled Pisa, Genoa, Venice, and Gaeta as a naval power in trade with the East.

The Strada Statale 163 runs along the coastline from the town of Vietri sul Mare in the east to Positano in the west. Thirteen municipalities are located on the Amalfi Coast, many of them centered on tourism.

Amalfi is now one of the important tourist resorts in Italy, noted for its mild climate and splendid coastal scenery, with high precipices and a background of picturesque hillside houses. The local cultivation of lemons is known throughout Italy.

The Strada Statale 163 is a famous driving attraction for thousands of tourists-drivers. The original road was built in the ancient time, during 1800 years, and of course, well maintained nowadays. It's hard to describe it, but the nature of the terrain had curved this road winding it above a very steep vertical and overhanging faces of rocks, barely able to handle two way traffic.

The houses and other object are built vertically alongside with cliffs.

They all have a water view and the only difference is how high above the sea level are situated. 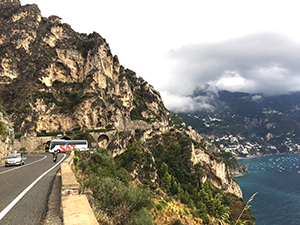 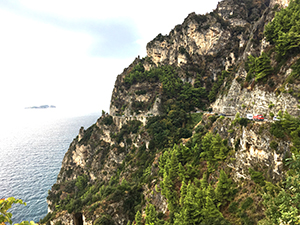 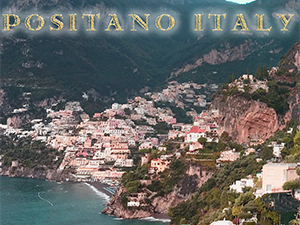 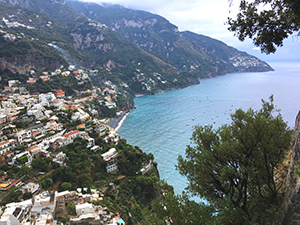 Whoever have heard a little bit about the Amalfi Coast will not be surprised to hear that this is really an expensive area to visit.

During the high season (May through October) restaurants and hotels can be very steeply priced, but even in shoulder seasons and the off-season you’ll find high prices.

Back in the past, all the inhabitants were called Amalfitans and each village-town had its own function.

They were expert sailors, and for a long time they held a kind of monopoly on maritime trade in the Mediterranean. 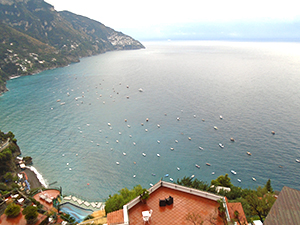 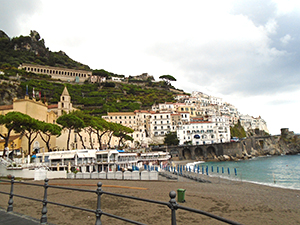 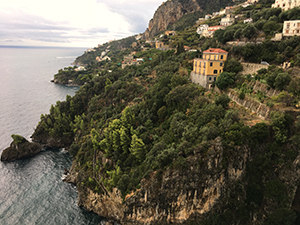 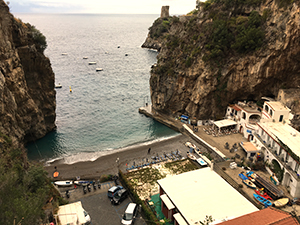 The modern code of navigation is still based on the one created by the Amalfitans and the civil code was very progressive for that time, as well.

All the best goods from Africa and the East - gold, silks, spices, jewels - arrived in Europe passing through the gates of Amalfi.

The relationship with the Arabs was strong, yet ambiguous: the golden coins which the Amalfitans used, called Tarì had Arabic letters engraved on them.

During the Norman reign, the Amafitans lost their independence, but not their primacy as merchants and sailors in the Mediterranean. 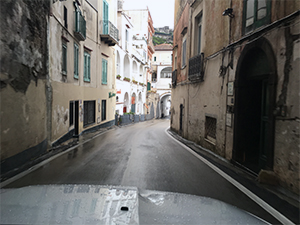 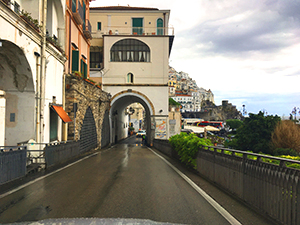 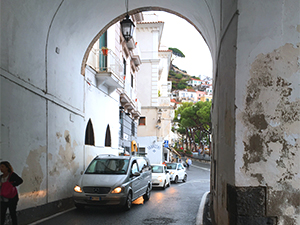 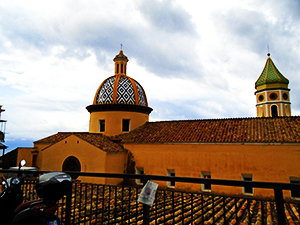 The liberation of Italy from nazi-fascism started from south Italy. The gulf of Salerno and Maiori were witnesses to the famous US Army mission called Operation Avalanche, the largest military operation before the Normandy landing. Hundreds of soldiers landed in Maiori and Salerno to fight against the Nazis.

The rebirth of Italy’s Dolce Vita arrived in the 1950s and 60s, and took not only the big VIPs from all over the world to the Amalfi coast, but also mass tourism, chiefly the summer beach tourism.

Since then, plenty of movies and commercials have been shot on this coast, and artists have been inspired by the “divine coast”. 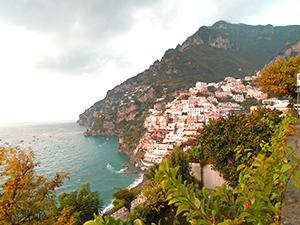 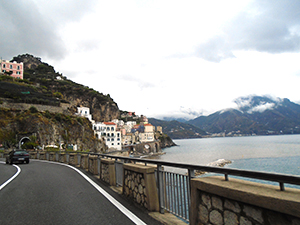 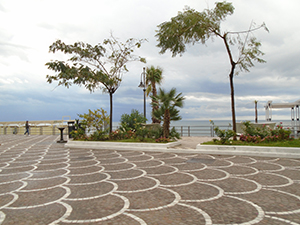 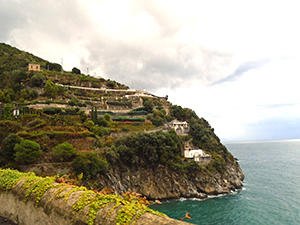 The charming city of Sorrento.

It is on the Sorrentine Peninsula across the Bay of Naples from the city of Naples. As it is not a part of the Amalfi Coast, it can be a good base from which to visit many top tourist sights in the area: Pompeii, the Amalfi Coast, Naples, Paestum, and the island of Capri.

This city has two parts - the part near the water and the port, and the part overhead on top of cliffs.

Much of the charm of a visit to Sorrento is in simply wandering through the streets. The central area (on top of the cliffs) is very tourist-friendly, with pedestrian-only areas lined with shops and restaurants.

There are a few small museums in Sorrento and some lovely churches, but the main attraction here is a combination of the nice weather, the beautiful views over the water, and the pretty town itself. 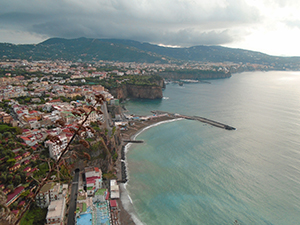 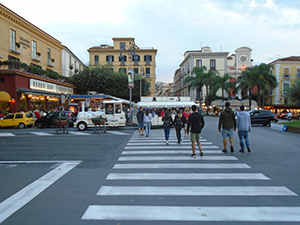 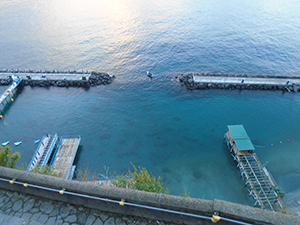 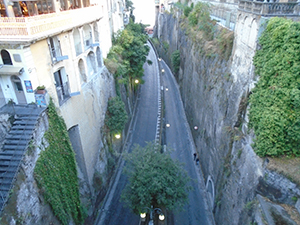 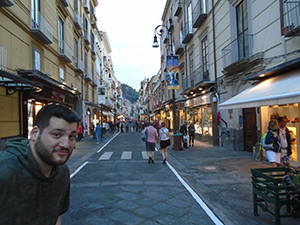 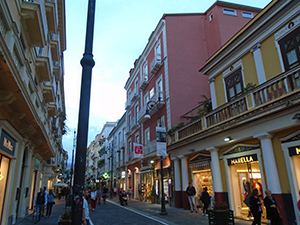 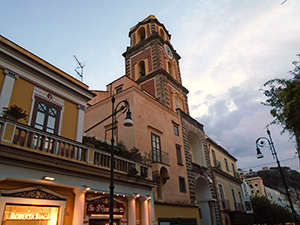 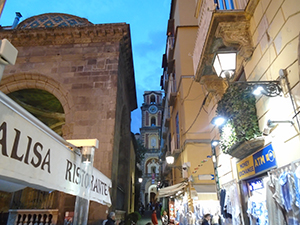