From Croatia with love

Everyone who went there fell in love with Croatian culture, food, coast and people. Croatia has 1246 islands, islets and inlets for you to sail through. Croatia enjoys 2,715 hours of sunshine a year. Thanks to Croats you look so good in official suite as Croatia invented the necktie. 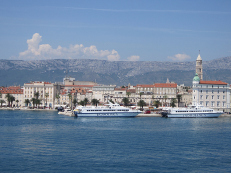 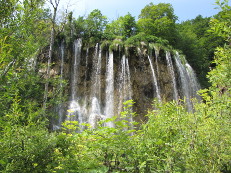 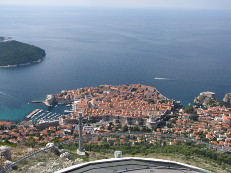 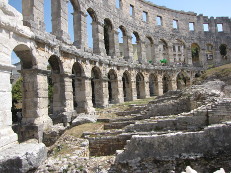 Croatia lies just on the other side of the Adriatic Sea from Italy, and borders on Slovenia, Hungary, Serbia, Bosnia and Herzegovina and in the far south on Montenegro.
The country's terrain is quite diverse. There are plains, lakes and rolling hills in the north, and north-east, while the Dinaric Alps run north - south through the country, close to the coast. Part of the mountains are densely forested.

Croatia has a total area of 56,594 square kilometres and a population of 4.28 million, most of whom are Roman Catholics. The Croatian language is the official language, but minority languages are officially used in some local government units. Croatian is declared as the native language by 95.60% of the population. A 2009 survey revealed that 78% of Croatians claim knowledge of at least one foreign language—most often English.

Currently, there are ten sites inscribed on the list and fifteen sites on the tentative list. The first three sites, Historical Complex of Split with the Palace of Diocletian, Dubrovnik, and Plitvice Lakes National Park, were inscribed to the list at the 3rd UNESCO session in 1979. Further sites were added later: Episcopal Complex of the Euphrasian Basilica in the Historic Centre of Poreč, Historic city of Trogir, Cathedral of Saint James in Sibenik, Stari Grad Hvar....

Croatia is most well-known for its more than 5,000km of Adriatic coastline, making it the most indented in the Mediterranean. It consist of the coastal part of Istrian Peninsnula (Istra), Kvarner Gulf and Dalmatia (Dalmacija). Dalmatian coast spreads between the island of Rab in the northwest and Privlaka on the Croatian border with Montenegro, in the southeast. The main places along Croatian Coast are: Pula, Rijeka, Zadar, Sibenik , Split and Dubrovnik.

There are 718 islands and islets, 289 rocks and 78 reefs along the coastline, so Croatia may justly be called the 'land of a thousand islands'. All of them are dotted along Croatian coast of Adriatic Sea. Some of the islands are larger and inhabited, other are smaller and deserted..Croatian Islands are popular visitor's destination and they are very well connected by various ferries-ideal for island hopping holiday.. See the map of the most popular Islands of Croatia to find out more info about particular island.

Croatia is quickly becoming a very popular walking holiday destination. There are many Nature Parks with several popular areas for walking in the country.
The Pannonian and para-Pannonian plains are enriched with alluvial soil deposited by the Sava and Drava rivers. These plains are the most fertile agricultural regions of Croatia and form the country's breadbasket.

As one of Europe's most popular beach destinations and blessed with year-round sun, Croatia's historic towns and idyllic islands have a wealth of natural attractions to offer. From rolling vineyards to sweeping coastal cliffs, here are some of the most beautiful places in Croatia to add to your itinerary: Dubrovnik, Plitvice Lakes National Park, Zagorje Region, Mljet National Park, Split, Peljesac Peninsula, Rovinj, Zagreb, Kornati islands... 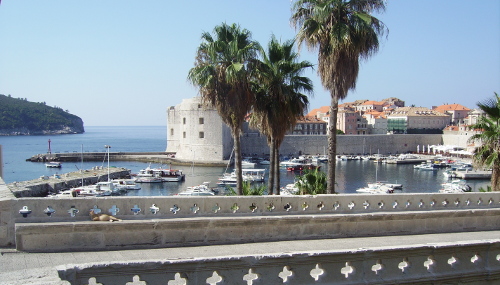 Croatian's location in Europe had developed its cuisine with the unique blend of the best of many different regions. Along Dalmatian coast, the food is Mediterranean with a lot of Italian influence. Further inland, people say that food is full of rich Austro-Hungarian style dishes.The common thing about food in Croatia is that it is really good and tasty. Croatians simply like to prepare a delicious meal keeping secrets of family recipes for years.

Croatia is also a land of vineyards, with more than 300 geographically defined wine districts. Croatia's two primary wine regions, Coastal Croatia and Continental Croatia, are spreading northeast from the radiant shores of the Dalmatian Coast to the sprawling floodplains of the Danube River.

It was in one of these vinogorje that the origin of California's beloved zinfandel grape was ultimately discovered. 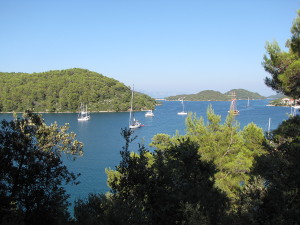 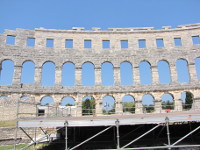 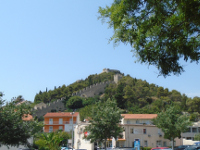 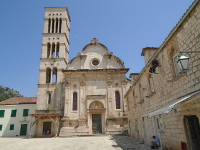 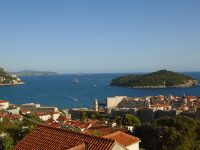 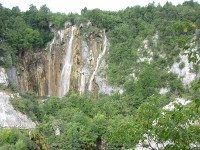 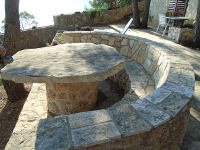 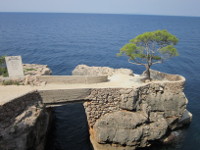 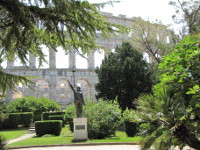 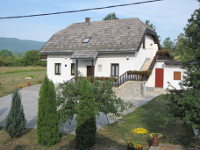 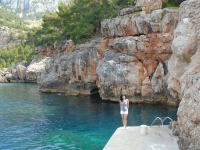 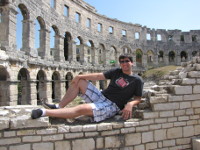 Dubrovnik the Pearl of the Adriatic.

Paved with limestone, the pedestrianized Stradun (or Placa) is lined with shops and restaurants. Enjoy the picture-slide with more about Dubrovnik!!

Dubrovnik
Karaka ship in the port

Dubrovnik
The old city and my wife

Croatia: The land of thousand islands.

Looking at Croatia location, you can easily notice the long Adriatic cost being a part of Croatia. Honestly, the first association with Croatia to most of people is the beautiful see and several islands.

Every island has its story, tradition and even the dialect is very different on neighborhood islands Enjoy images of a few or them...

Another view to the Big Lake, Mljet National park