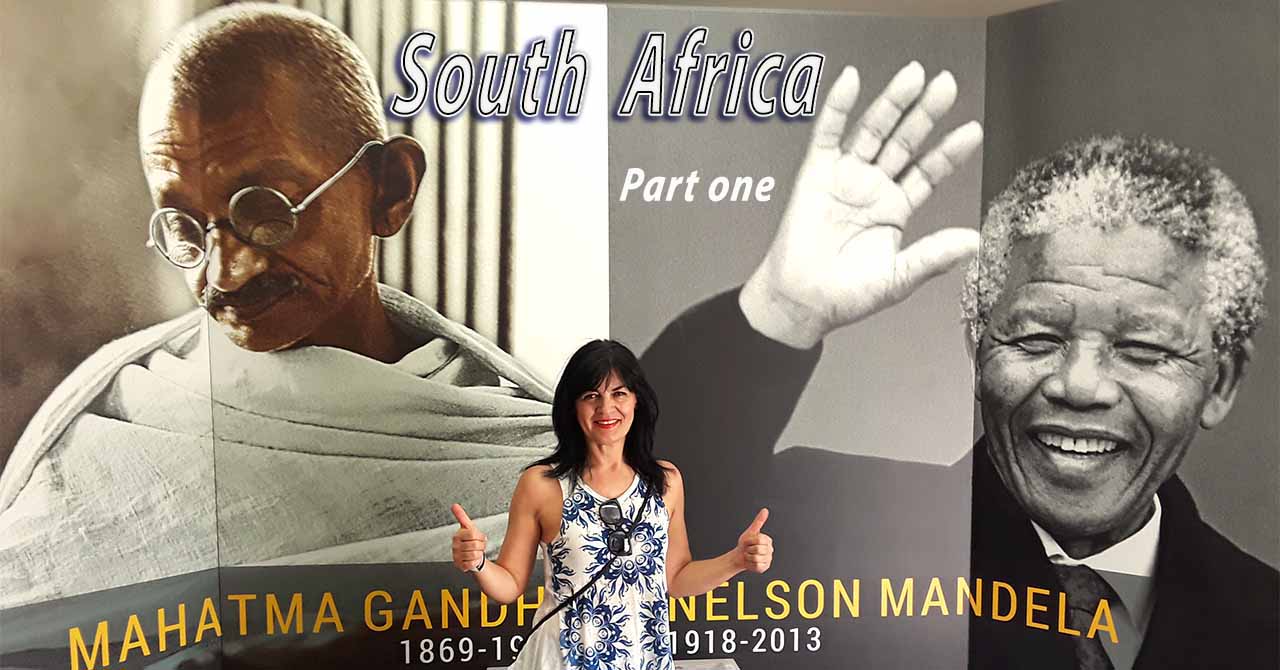 Mohandas Karamchand Gandhi (his birth name) arrived in South Africa in 1893 at the age of 24 as a newly qualified lawyer on a temporary assignment to act on behalf of a local Indian trader in a commercial dispute. What was meant to be a short stopgap for the struggling young lawyer turned into a 21 years stay, with spells in India and England.

South Africa, officially the Republic of South Africa (RSA), is the southernmost country in Africa. It is bounded to the south by 2,798 kilometres (1,739 mi) of coastline of Southern Africa stretching along the South Atlantic and Indian Oceans


About 80 percent of South Africans are of Sub-Saharan African ancestry, divided among a variety of ethnic groups speaking different African languages, nine of which have official status. The remaining population consists of Africa's largest communities of European (White), Asian (Indian), and multiracial (Coloured) ancestry.


Its pluralistic makeup is reflected in the constitution’s recognition of 11 official languages, which is the fourth highest number in the world. Two of these languages are of European origin: Afrikaans developed from Dutch and serves as the first language of most coloured and white South Africans; English reflects the legacy of British colonialism, and is commonly used in public and commercial life, though it is fourth ranked as a spoken first language.

Our memories from South Africa

It was established as a small village controlled by a Health Committee in 1886 with the discovery of an outcrop of a gold reef on the farm Langlaagte. The population of the city grew rapidly, becoming a municipality in 1897.

Joburg is considered as a center for learning and entertainment for all of Africa, but the road taken to reach out that goal was very rough.

The city was built on the gold mine and that was the main reason for it’s existence....

The nickname ”eGoli“(”city of gold“) evokes Johannesburg’s origin as a mining town in the late nineteenth century.

With the gold discovery, many people around world rushed to South Africa looking to participate in that fortune. Several blacks from all over Africa started to come there to work in mine fields, either permanently or temporarily as contract laborers.

Very soon, Johannesburg became the biggest city in South Africa, with blacks being the majority among its population.

However, the gold was discovered by white people who although being minority, desperately wanted to hold all power in their hands. Surely, there was no intention to share anything with blacks.


The hunger for gold, diamonds and other minerals, had turned many whites into tyrannists. By the 1890s, several large mining companies had taken control of the gold mines areas, creating huge fortunes for their owners.

Tensions between the mine barons, the English-speaking newcomers to the area, and the Transvaal’s Boer government-fed by British colonial aspirations in the region, led to the Anglo-Boer War of 1899-1901. By its end, the Transvaal and the Orange Free State were under British control.

Early in the century, the British colonial government began forcibly relocating blacks from the central city to areas on its outskirts, inaugurating the principle of racial separation that became entrenched in the administration of the city and eventually led to the system known as apart-heid. The substandard conditions in which most of the city's black majority lived led to protests and strikes, including a 1920 strike by 70,000 black mine workers. There was agitation among Johannesburg's white miners as well, culminating in the general strike and "Rand Revolt" of 1922, in which over 200 people died.


The legend (Nelson Mendela) has devoted his lifetime to fulfill the obligations of his country and people, becoming one of the very few great political leaders in history. The greatest transformation in South Africa’s history was the breakdown of the apartheid system in 1994 as a result of Mandela’s epic struggle. He served 27 years in prison and became the first black President in South Africa, elected by the country’s foremost democratic multiracial election.


Constitution Hill is a living museum that tells the story of South Africa’s journey to democracy. The site is a former prison and military fort that bears testament to South Africa’s turbulent past and, today, is home to the country’s Constitutional Court, which endorses the rights of all citizens. 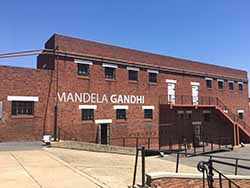 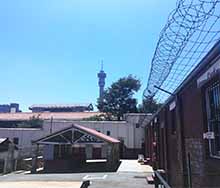 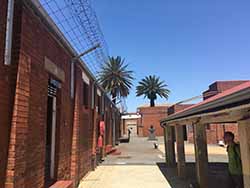 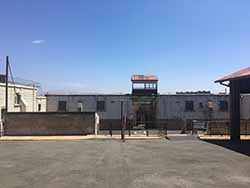 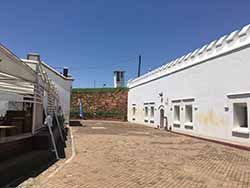 There is perhaps no other site of incarceration in South Africa that imprisoned the sheer number of world-renowned men and women as those held within the walls of Constitution Hill’s Old Fort, Women’s Jail and Number Four. Nelson Mandela, Mahatma Gandhi, Joe Slovo, Albertina Sisulu, Winnie Madikizela-Mandela, Fatima Meer served time here. But the precinct also confined tens of thousands of ordinary people during its 100-year history: men and women of all races, creeds, ages and political agendas; children too; the everyman and the elite. In this way, the history of every South African lives here.


It is still the capital of South African mining and commerce and home to the headquarters of the country's mining companies and major financial institutions, as well as headquarters to a variety of multinational corporations and transportation hub of southern Africa. 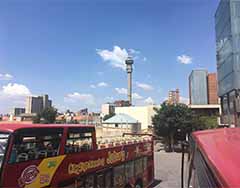 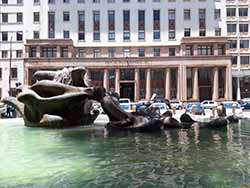 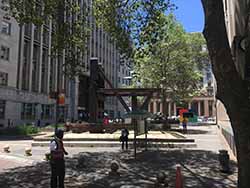 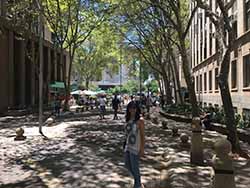 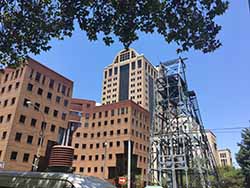 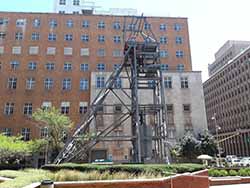 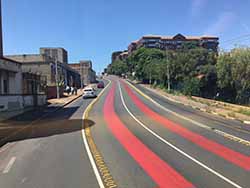 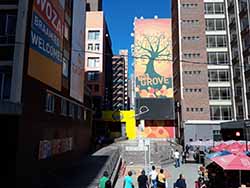 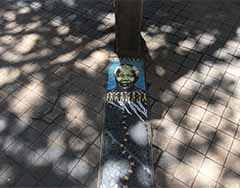 When first built, each of Johannesburg's suburbs and townships was racially restricted under the apartheid system as spelled out in the Group Areas Act. The Group Areas Act was nullified in 1991, but Johannesburg’s neighborhoods remain largely segregated racially, with most blacks living in townships close to the central city.

The two most populous are Soweto, with a population of at least one-and-a-half million, and Alexandra, with about half a million. Living conditions in the townships range from middle-class enclaves to squatters' camps with no plumbing or electricity. Black migrant workers still live in hostels on the outskirts of the townships.

Central Johannesburg is laid out in a rectangular grid pattern with narrow streets dating back to the city's early history, although today they are lined with office towers that turn many of them into virtual canyons and have inspired the nickname ”Africa’s Manhattan.“

The central city today is primarily a business district devoted to the financial and mining industries and government. Located in this district are the Magistrates Court, the Gauteng Legislature, the public library and main post office, the Johannesburg Stock Exchange, and the 50-story Carleton Centre with an observatory that affords an excellent view of the city. A variety of small shops and street traders provides a traditional atmosphere at odds with the city's skyscrapers. The New-town district just west of the city is home to a number of cultural institutions, including several museums. The northern neighborhood of Braamfontein is home to the University of the Witwatersrand. 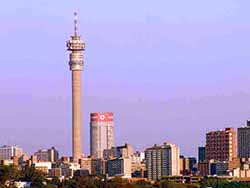 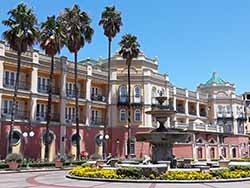 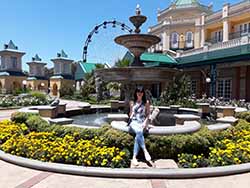 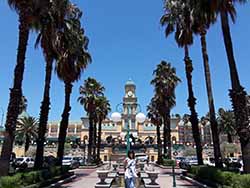 Nelson Mandela died December 5, 2013. His spirit and the memories of him continued to live among all people in South Africa, but especially in Joburg. When visiting this city, you will feel the same respect to one of the greatest man on the earth.


And for the end, here are a few Nelson's quotes that can change people’s life or at least to re-think about the real meaning of the life fortune:

♦ I learned that courage was not the absence of fear, but the triumph over it. The brave man is not he who does not feel afraid, but he who conquers that fear.

♦ For to be free is not merely to cast off one’s chains, but to live in a way that respects and enhances the freedom of others.

♦ Do not judge me by my successes, judge me by how many times I fell down and got back up again.

That was all from Joburg. Now comes the coolest part - Safari